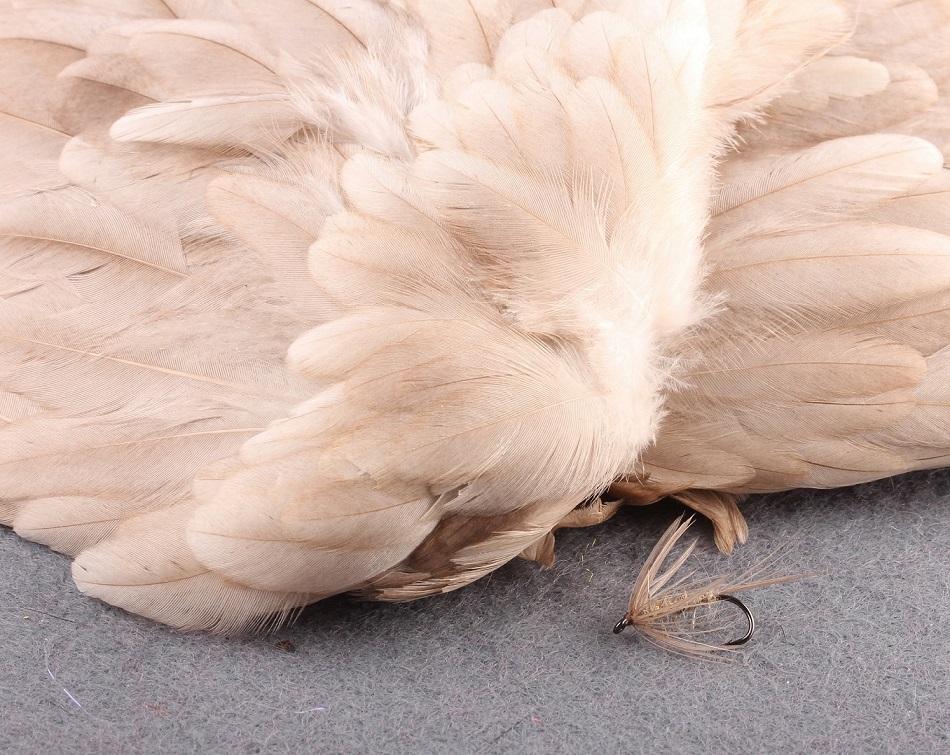 Choose a feather from the hen wing. The fibres should be long enough to reach the
hook barb. Strip off the fluff and tie in the feather with the tip pointing forward.

Take some fibres from a hen hackle, 5-8 should be enough. Tie in at the hook bend.

Cut off a piece of flat gold tinsel and tie in at the bend.

Dub the thread with hare’s ear dub. Make a slender, even body with the dubbing.

Take the gold tinsel in wind, crossing the dubbed body. Make 3-4 even turns. Tie in and cut off.

Leave the thread in front of the body and wind the hackle back towards the body.
Make 2-3 turns and tie in. Carefully wind the thread through the hackle and cut off the hackle tip.

Make a small neat head with the thread in front of the hackle and finish with a whipfinish.

Item added to your cart

Continue Shopping Go To The Cart